Meet Dr. Flora Hyacinth, a Doctor of Chiropractic Medicine, a 3 time Olympian, a former World Record Holder, an Inventor, and a Fitness Expert.

Before pursuing a career as a Chiropractor and Master Trainer, Dr. Flora Hyacinth excelled in athletics at high school, collegiate and world-class levels. She is a 3 time Olympian who competed at the 1992 Olympic Games in Barcelona, the1996 Olympic Games in Atlanta, and the 2000 Olympic Games in Sydney.

Dr. Hyacinth competed on the professional Track and Field circuit throughout Europe, Asia, North and South America for over 10 years. She became the first woman to jump over 45 feet when she broke the World Record in the Triple Jump in 1987. In 2003, she was inducted into the African American and Caribbean Sports Hall of Fame. 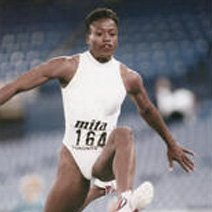 A world-class athlete knows a lot about their body? what it needs, what it can and can’t do, and knows how to maximize its performance. The athlete also knows pain, what causes it, how to treat it, and above all how to avoid it. This experience makes Dr. Hyacinth unique among holistic practitioners.

Combining a deep understanding of Holistic Health principles through her experiences as a world-class athlete and having a great understanding of the muscular skeletal system through her work as a Chiropractor, Dr. Hyacinth has naturally learned a great deal about repairing and maintaining bodies in optimum health. She now offers this unique knowledge and skill to her patients. Dr. Hyacinth was born on the island of St. Lucia, and graduated High School on St. Croix, U.S. Virgin Islands. She has been a member of the San Diego community since 2003

Get started with your FREE CONSULTATION or to get out of pain now CONTACT our office right away!

Hannah Hailu Dec 16. 11:44 AM
Moving from Chicago to San Diego, it hasn't been easy in terms of finding a doctor I could easily and comfortably relate to address my paunissues until a friend's suggestion brought in contact with "San Diego Neuropathy & Non...

Read More...
... Surgical Spine Center", Dr Flora Hyacinth, and her wonderful staff! I thank God for that! My husband and I have been coming here since April this year. My severe pains of the back, shoulder and neck are successfully being treated! Dr. Flora's magical massage hands melt your pains away! | get a sense of being renewed every time I complete a session 1 look forward to my sessions. Unfortunately I only have a few left.

I was referred to Dr. Hyacinth by a friend after I was injured in a car accident. I was so impressed with her that I brought my son, Joseph to her. He had hurt his arm-he had a broken growth plate in his right arm, which he had injured in 1/2012. He had gone to...

Read More...
... physical therapy for it for several months but he still could not extend it all the way. After meeting with Dr. Hyacinth twice-he came to me the second time and said "Look mom, I can extend my arm and there isn't any pain!" he was totally amazed-he continued to see Dr. Hyacinth for his injury and she helped him gain back the strength in his right arm and got him back to his workouts(which he had stopped and was unable to do but I started taking him to Flo Fusion to help get him back into his workouts gradually and he loves the workout he gets there!) He is working out with his teammates and getting ready for wrestling and will be able to tryout for his school's baseball team in January. We had taken him to two other doctors and did the physical therapy but his arm wasn't getting any better. According to my son, "Dr. Flo is magic!" He does not have pain in the arm anymore and has regained full use of it. She is a wonderful and patient and has been able to help me with the injuries I received in the accident and then also, with several other issues I have had that are due to other medical conditions. She is very patient, she makes you very comfortable, very professional & knowledgeable. She explains everything to you and answers all questions. Thank you- Dr. Hyacinth for helping me(I am feeling so much better!) but more so for fixing Joey's arm and giving him back his self-confidence. You are the best!

I have been Seeing Dr. H for chiropractic care for 2 months now. She is awesome! I have poor posture and she is helping me through chiropractic to correct it. She takes time to adjust her patients and is very genuine in the care she gives. She follows up with her...

Read More...
... patients to make sure that they are feeling better after the appointment, which most chiropractors do not do! I also have a bad knee from running that she has been helping me with so I can continue running. I was skeptical about chiropractic care until Dr. H was recommended to me and I went in for my first appointment. I have seen a change in my posture in just 2 months and am noticing more overall comfort. I highly recommend Dr Hyacinth! 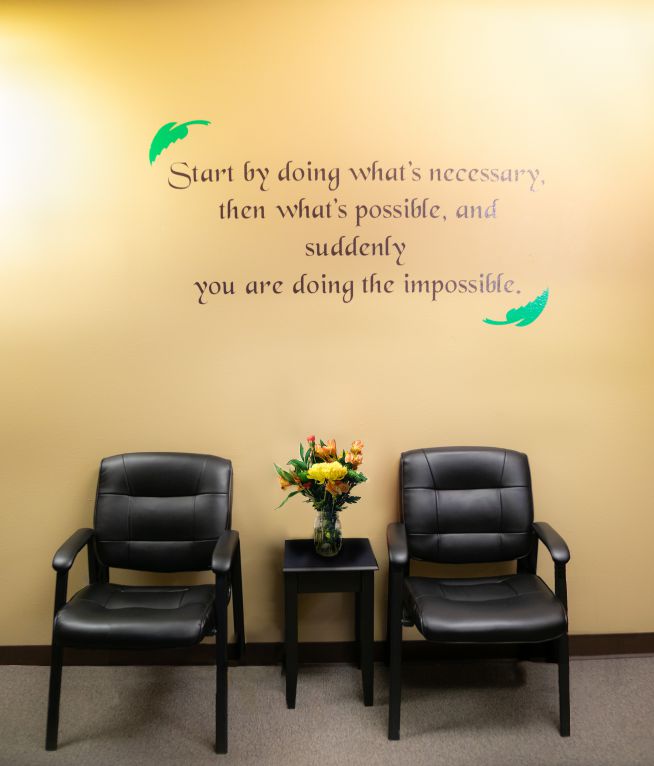